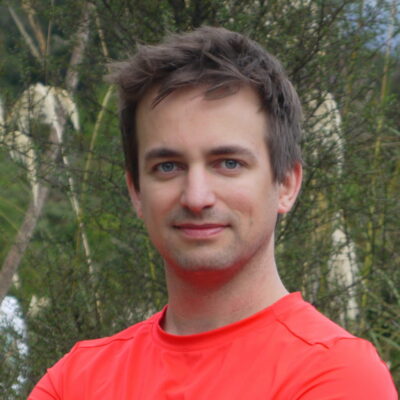 Who should come hear your talk?
It’s perfect for people who are interested in a holistic picture how to improve quality all through a story’s lifecycle: from analysis until production. The concepts reach far, far beyond testing. All people who want to see how one can actually improve quality should come to the talk.

You have an interesting background, having studied both Sports and Physics. How did you end up in testing?
Sport was my minor and complemented sitting in the physics lecture hall very well. When I wanted to start my physics PhD, I had to wait for about a year for funding. So a friend hired (referred) me into the company he was working in. (At the time he was the Head of QA). He gave me a thorough education on everything I needed to know for the next three years (and after a year gave me the chance to follow him as Head of).
I also figured that testing software is sometimes not very different from testing physics experiments – in the end, as unromantic as it may sound, you are sitting in front of a computer and trying to figure out how a black box system is behaving.

What do you like most about your job?
Ultimately, I never did my PhD, never returned to the university. Because the impact my work in physics would have had was, at best, a conference talk or a paper. But no real-world impact to real people. In today’s software delivery, the things I build in the morning are used by real humans in the afternoon (yes, we deliverthat fast).

Also, lately, I had the chance to contribute to a software that is improving the health care and cost transparency for patients of hospitals in Madagascar. Beat that! 😉

For 18 years, you have been volunteering as a referee for youth handball. Has this influenced how you work with teams?
No, in fact, surprisingly, I would say not at all. (And I am probably wrong about it, because it must have left a mark on my behaviour). But in general I would say that a referee in handball is a highly respected person. Did anyone watch the recent handball world championship? No one argues with the referees. No matter whetherthey are right or wrong, you have to follow what they say. If you argue with them they give you extra penalties.

„Do as I say, or else I will give you penalties“ is generally not my working style 🙂 Having said that, I learned since I was sixteen to stand by my decision (as a referee) even if 300 people (fans, parents of players) yelled at me for presumably being wrong. That probably builds a bit of character.

Is there anything else you’d like to share with us?
I am already looking forward to visiting Swiss Testing Day in Zürich. I have not been to the city. And I love sharing my thoughts (and getting challenged about them) with the community. Can’t wait!